Kelsey Wilson is getting bolder. Her velvety voice is a central part of the latest Sir Woman project, an upbeat and downright addicting R & B / gospel / funk band. Recently sober, Wilson is confident and assertive, saying it as if “you were a bitch“on” Bitch “and riding a bright, bouncy string bassline in” Making Love “like a funky Norah Jones with a more crystalline voice. Already Austin’s music famous for his folk art alongside Alexander Beggins in Ongoing tours of indie folks steeped in Wild Child ukulele, Wilson was also a key ingredient in Austin Glorietta’s power union, whose talent chain even included Nathaniel Rateliff. 2019, Sir Woman’s constant stream of singles continue to create greedy anticipation for an LP from the singer who said she had never done music like this before, but finally found her voice and was ready. to share love through this project. -Christine Garcia

Suave Austin honky-tonker Charley Crockett topped off his absurdly prolific 10-album streak over the past six years with a billboard in Times Square, a triumphant return to the city where he used to perform on the subway. City of Music United States, which follows on from his tribute LP to James Hand earlier in 2021, is releasing a double album that departs from Crockett’s roots repertoire, a mix of blues, soul and classic country that draws from all corners of the world. Lonely State of the Star, from the Tex-Mex border to the Cajun rhythms of the Gulf Coast and Deep Ellum music to the ballads of West Texas. Crockett turns out to be a one-of-a-kind revivalist, breathing new life into a comeback sound, whether it’s opening deep cut chestnuts or jiggling behind his own freeway racing originals. The troubadour makes his first return to ACL Fest since 2018 after recording his first episode of PBS Austin city limits show this summer and as he continues to skuff his boots on bigger stages nationwide. – Doug Freeman

While a 2020 Latin Grammy nomination hasn’t signaled a career boost for Austin-born Gina Chavez, while such recognition for independent acts remains akin to space travel, La Que Manda must have drowned the bulletin. Propelling South American folklore into the next millennium as a cry for the Americas chopped and screwed into twerk-tronica, the 12-time singer, educator, ambassador and neo-bogart Austin Music Award has reinvented her already formidable musical tornado. “Juntos Together,” a new duo alongside their LA counterpart Nancy Sanchez, recently became an ad campaign for Target. The general muse, then? “Open the sliding glass door while our neighbor’s rooster goes out,” she wrote to me last year. “And I love when the birds start to chatter, while the wind turns the trees and the stray cats prowl in the weeds. The sounds of our new backyard make me happy and bring me peace.” – Raoul Hernandez 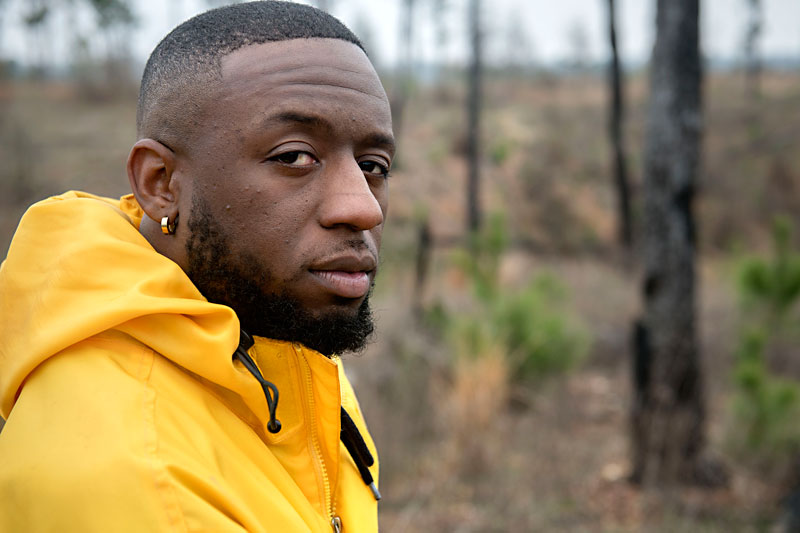 Southern-centric artist Deezie Brown stacks up many strengths. As a rapper, he has a lot of personality and a unique flow. As a singer, he has a way of deciding with an unusual chorus – reminiscent of André 3000. He is also a practical producer who both hunts samples and tracks with instrumentalists. On stage, he is an entertaining artist, who contorts his lanky body to embody every word, note and rhythm played.

Yet his brightest light burns like a conceptual visionary, never putting together a project that doesn’t have a world carefully built around it. the 2020 collaboration with EC Mayne, Candy Blue Like Vis, chronicled Bastrop County’s hip-hop heritage, focusing on DJ Screw’s family history and SLAB automotive culture. This year Geto Gala, alongside Jake Lloyd, envisioned a formal celebration – similar to the Met Gala – accessible to his own community. Everything revolves around his larger artistic universe which he calls “5th Wheel Fairytale”, from which all his projects branch out. – Kevin Curtin

Super prepared for the festival scene, TC Superstar got Mohawk and Cheer Up Charlies excited last month, releasing catchy singles from the third LP As seen on tv. The glitzy integration of ’70s rock and’ 90s R&B influences, under the band’s signature synth bounce, proves to be a perfect soundtrack to combine live instrumentation with a cast of modern dancers on stage. The match made in the monochromatic paradise of singer Connor McCampbell and UT-trained choreographers like LB Flett and Emily DiFranco has gone from West Campus parties to sold-out downtown cheers in recent years. The cushioned production, always with a dancing beat, doesn’t hurt the helmet either. After touching on compelling topics like an epic of unrequited love and global warming in previous drafts, McCampbell told the the Chronicle the new record “[examines] the cultural impact of the media I consume, thinking about the claustrophobic nature of capitalist consumption. Study with “Waste My Time,” a funky pop explosion about iPhone addiction. – Rachel Rascoe