Without trying to force, British band Tears For Fears significantly proved this wasn’t an act of nostalgia during their Friday night performance at the MidFlorida Credit Union Amphitheater in Tampa. Despite rising to prominence in the 1980s thanks to some of the most recognizable and revered hit songs of the decade, the group, and more particularly its two founders and leaders, have never shown no interest in living in the past and resting on old laurels in a visual spectacle. and aural pleasing performance.

On the heels of and in support of its latest release, the superb 2022 The tipping point, the performance had an unprecedented seven tracks from the new album. While audiences often become nervous or indifferent when veteran artists dive into current material, the majority of the nearly sold-out crowd remained thrilled and engaged the new numbers where they were played. At times, when one of the band’s co-vocalists and founders—Roland Orzabal or Curt Smith—referenced their latest release, everyone was greeted with thunderous applause. Further evidence of the crowd’s acceptance of the new material was noticeable as many diehards stood up and sang, verbatim, during the new songs. If that’s not proof that this band still maintains a loyal, tolerant, and voracious fan base, I don’t know what could further that point.

Stepping out onto a stage that featured a massive, circular, double-sided lighting rig with a huge round projection screen at its center, Orzabal and Smith, each dressed in black, were greeted with a rousing ovation. Backed by a three-piece band and a single backup vocalist, the group boldly opened the show with a sweet ballad, “No Small Thing,” the opening track of their current release. Orzabal’s warm, emotive voice sounded strong and cool above the stumps of the acoustic guitar he was strumming. Sporting long, straight, shoulder-length silver locks and a full white beard, the singer looked more like a retro folk singer than the cornerstone of an ’80s pop and new wave band. Nonetheless, her appeal and delivery defied appearances and instantly gave the audience a glimpse of what to expect on the hot, sticky, humid night.

Absolutely flawless sound mixing did wonders to bring the band’s sometimes complex, often nuanced textures to life. Arriving early in the set as the night’s third number, “Everybody Wants to Rule the World”, the band’s instantly recognizable and beloved anthem from their 1985 masterpiece songs from the big chair, seemed almost perfect. Although Curt Smith’s vocals took on a slightly different tone from when this song was originally released, he still managed to deliver a passionate performance and was backed by the dynamic guitar work of Charlton Pettus and the loud and powerful vocal accompaniment from the only backup singer. , Lauren Evans (who just joined the group this week). 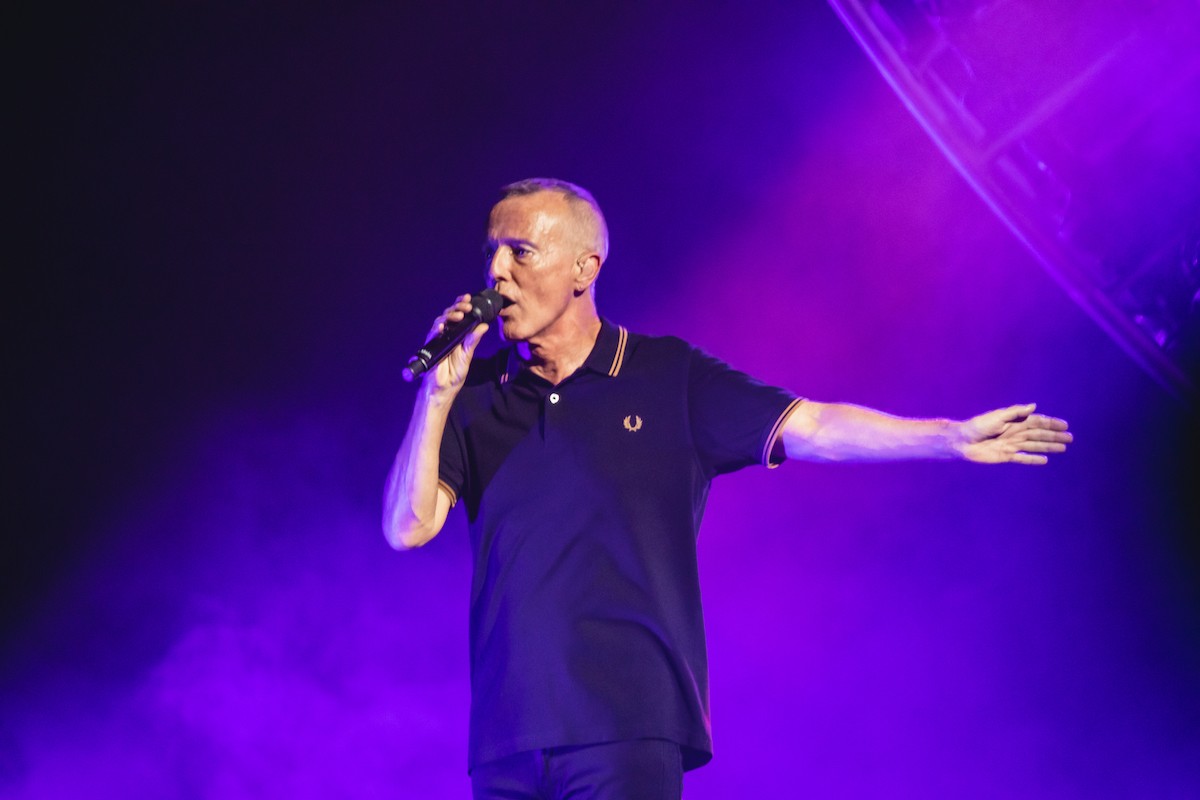 Dressed in a slim polo shirt and jeans, and sporting a cropped haircut, Smith looked youthful, vibrant, and continued to add his nice, sweet vocal talent to his fair share of the night’s performances. Shouting out to the crowd, Smith mentioned being in the area for the past year to celebrate a friend’s 60th birthday and went on to say he has a “soft spot for Tampa” which, of course, was greeted with a wall of cheers. . Immediately following that warm message, Smith delivered what was arguably his best vocal performance of the night when he launched “Long, Long, Long Time” from the current album. This beautiful and delicate ballad fits perfectly into the band’s catalog of work without sounding banal or recycled. Her airy and transcendent choirs floated through the room as the dramatic lighting helped set the tone. Only one of the truly magical and enveloping experiences that the group offered to those present.

Orzabal has also had his fair share of shining moments. His halftone reading of the very Beatlesque “Secret World” (published in 2004 Everybody loved a happy ending) included a snippet of Paul McCartney’s 1976 hit with Wings, “Let ’em In” and his ability to go wild was more than exemplified during the rock “My Demons” from the new album.

Constantly shifting gears and alternating between loud, vigorous songs and subtle, quieter numbers isn’t easy to pull off, but somehow Tears For Fears did it with ease. At no better time has this been highlighted than by the 1989 gem’s two-song one-two punch, The seeds of love. A gorgeous rendition of the whimsical ‘Woman in Chains’, on which Evans, appearing on only her second show to support the group vocally, absolutely dominated and recreated the beautiful vocal parts originally recorded by the gospel and soul singer. , Oleta Adams on the album gave way to what could have been the absolute highlight of the evening: a vertiginous and breathtaking version of “Badman’s Song” from the same album.

In a nod to longtime TFF fans in the audience, the band traveled to 1983 to highlight their groundbreaking and moody 1983 debut. The injury. Audiences warmly welcomed a faithful version of new wave dance club hit “Mad World,” but it was the slowed-down, emotional playback of “Suffer the Children” from that debut album that once again gave Evans another opportunity to shine. This time, taking lead vocals, Evans absolutely dazzled and wooed the crowd as he showed off his skills. In another twist on one of the songs on the record, the band included a beefier, more guitar-oriented rendition of “Change” in its encore that more than demonstrated the band’s ability to crank up the volume without losing an ounce of subtlety. 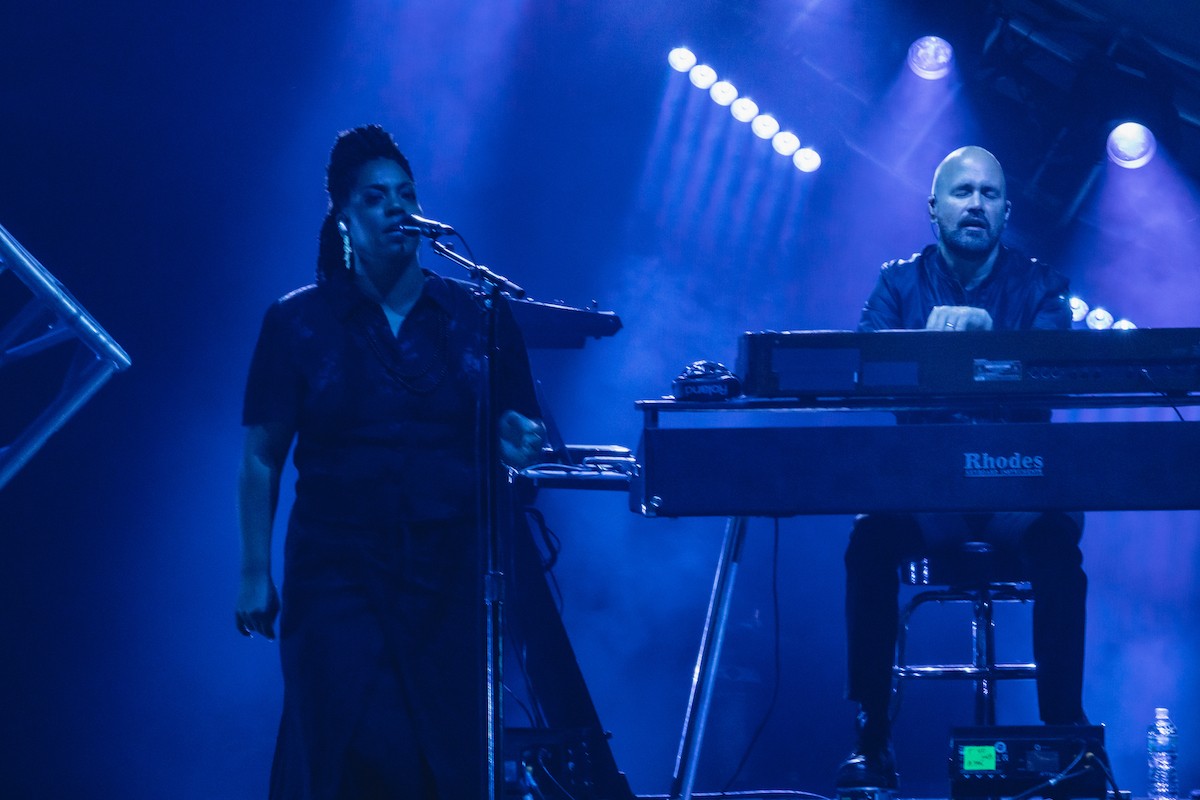 Ending with what is probably his most recognizable song, the nearly two-hour show ended with a soaring version of the 1985 mega-hit “Shout” that had the entire audience on their feet and singing along. passion. In awe-inspiring fashion, Tears For Fears showed the 10,000 fans in attendance in the best possible way that they are still a powerful force capable of creating intriguing and thought-provoking new soundtracks while delivering a catalog of well-aged full-length songs that are still as relevant today as they were when they were originally released decades ago. Again, not an easy feat to pull off, but nonetheless, Roland Orzabal and Curt Smith are living proof that it’s entirely possible to make a living outside the confines of an alumni act. of the 1980s.

Alternative 1990s pop band Garbage opened the night with an energetic 60-minute set. Led by the always evocative and intoxicating singer Shirley Manson, the group has gone through its catalog and has also finely staged its many facets and sounds. Dressed in an oversized white tunic, plaid leggings and combat boots, Manson, with her fiery red locks tied in a ponytail that sprung from the top of her head, looked like a sleek, new wave fashion plate.

Always one to engage with her audience, Manson took many opportunities to speak her mind. She dedicated “Queer,” one of the standout songs from the band’s 1995 self-titled debut album, to the LGBT community and shouted, “We love you! before diving into the sultry, skin-tight groove of the song. She also took the opportunity to shout “America! Save our children! to follow the politically charged “The Men Who Rule the World”.

Although the band’s sound mix and Manson’s vocals were murky at best at the start of the performance, quick and noticeable fixes were made. By the time the set list reached the fifth song, “Wicked Ways” from his 1998 second album, 2.0, Manson’s heartfelt words regarding the recently deceased co-founder of synth-pop giants Depeche Mode, Andy Fletcher, were crystal clear. Citing the group as the one who greatly influenced her and Garbage, she vividly injected a verse from Mode’s monster hit “Personal Jesus” into the song which drew massive applause. 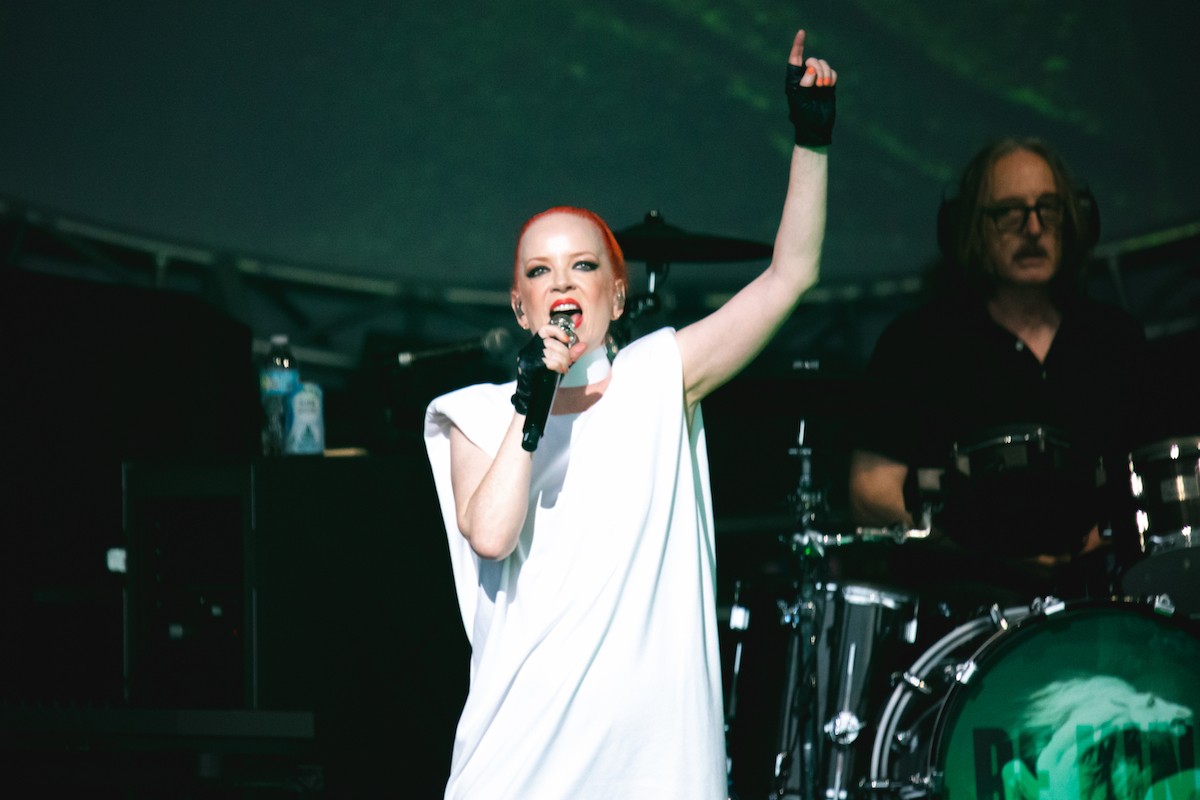 Manson’s charm and likability were on full display as she admittedly missed the start of ‘Wolves’, a song from the group’s 2021 release. Neither gods nor masters. Calling on the band to stop the song after just a few lines, she asked for a cover. Playfully admitting that she had lost her focus and forgotten the first line of the song, she asked the band, with famed record producer Butch Vig behind the drums, to start over, which they happily agreed to.

The group took off with the dancing and panting rhythms of “Push It” which unfortunately arrived late in the too short set. Headliners in their own right, Garbage, who have their own share of devout fans, left fans wanting more and served as a great introduction to the night’s headliners.

No small thing
The tipping point
Everybody wants to rule the world
secret world
Sow the seeds of love
Long, long, long
break man
my demons
rivers of mercy
Crazy world
Suffer the children
chained woman
badman’s song
A poor shelter
Break it down again
Head On Heels / Broken
—
The end of the night
To change
Shout

Garbage List
Automatic systematic habit
The men who rule the world
Stupid girl
Special
bad ways
Queer
The world is not enough
wolves
Only happy when it rains
Cherry lips (Come on baby come on!)
push it
you look so good