Within weeks, they had a business card describing them as playing “psychedelic rock”.

Three days later, on the 11th, another new band was seen by a paying audience for the first time. The Velvet Underground performed in a support hut at Summit High School in New Jersey. Two numbers from their set were titled “Heroin” and “Venus in Furs”. Eyewitnesses say some spectators left while on stage.

A week later, on the 18th, writer-provocateur Ken Kesey staged what was stated on his poster as an “Acid Test” at the Big Beat Club, Palo Alto, California. Allen Ginsberg and Neal Cassady were billed, as was the New York Fugs agitator-poet combo. A band called The Grateful Dead performed – at an event where the mention of LSD was integral to their promotion.

In London on December 19, Donovan was in Studio 3 at EMI’s Abbey Road complex recording what was to be his next single, “Sunshine Superman”. Problems with labels and management meant that it wasn’t released until the summer of 1966, but although it was a December 1965 creation, it was inherently psychedelic.

Returning to the United States on December 21, at the Chess Records studio in Chicago, visiting British band The Yardbirds held the first recording session of their new single “Shapes of Things”. The lyrics declared, “Shapes of things in front of my eyesâ€¦ My eyes hurt my brain.” Guitarist Jeff Beck’s feedback solo was influenced by Indians.

The next day, the Byrds walked into RCA Studios in Hollywood to record the first version of “Eight Miles High”. When it was published – in a re-recorded version – the radio file Bill Gavin’s Record Report stated in April 1966 that it was not recommended for release. It was, apparently, a drug song.

It all happened against the backdrop of a new Beatles album in stores – December 3 in the UK, December 6 in the US. At Soul’s c rubberfinished, their faces were distorted. Buyers did not see them as they were. Shapes in front of their eyes. A key track was “The Word”. The elevators from the 13th floor started to cover it.

There’s a fair argument that even though the dots weren’t connected yet, the roots of psychedelic music settled in December 1965. The Velvets may not have been psychedelic. in itself but they were tuned – albeit at a slightly different frequency than stimulating the elevators et al. 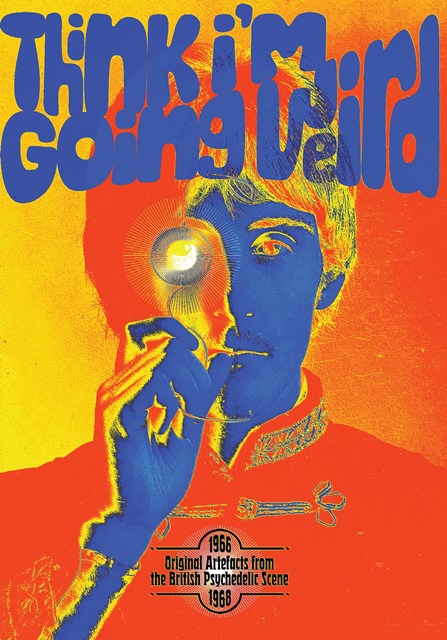 Entering this intoxicating whirlwind are Pin-Ups Box – British Sounds 1965 and Think I’m Going Weird – Original objects from the British psychedelic scene 1966-68. Four years are followed – 1965, 1966, 1967 and 1968. The period of the explosion of psychedelia, of the ripple effect, of commodification, of consequences.

Pin Ups Box is named after the work of photographer David Bailey in 1965 for the Daily Express which was collected as prints in a box of the same name – it included his glamorous and misjudged snapshot of the Kray Twins – and David Bowie’s 1973 album Pin up, where through cover versions he acknowledged some of his background. I think I’m getting weird Takes its title from a late 1967 album track by the pre-Spooky Tooth Art group. The first is a set of three 92-track CDs in a clamshell box with a booklet. The latter is a set of 122 tracks and five CDs, each disc fitting into an individual page and a bound book.

No point of rash or sudden vision through the third eye is immediately identifiable in either set. The Kinks track chosen for Pin Ups Box is â€œWhere Have All the Good Times Gone,â€ where Ray Davies sighs about lately. However, on May 3, 1965, The Kinks had pointed out when they recorded their July UK single “See my Friends”. Its main feature was an insistent Indian-style drone. Donovan is here on a tip from Bo Diddley with the cannabis nod “Hey Gyp (Dig the Slowness)”. The ensemble’s only clear pointer to what was to come is Marc Bolan’s paranormal-themed November 1965 single, “The Wizard”.

Once its more pop participants have come out of the net – among them “Surprise Surprise” by Lulu & The Luvers, “I Stand Accused” by Merseybeats, “The Long Cigarette” by Roulettes – the flavor most evident by Pin Ups Box R&B merchants and mods will sprout – which was later dubbed freakbeat by music historian Phil Smee. â€œI’m Rowed Outâ€ by The Eyes, â€œCrawdaddy Simoneâ€ by The Syndicates and â€œYou Got What I Wantâ€ by Boys Blue help define that. 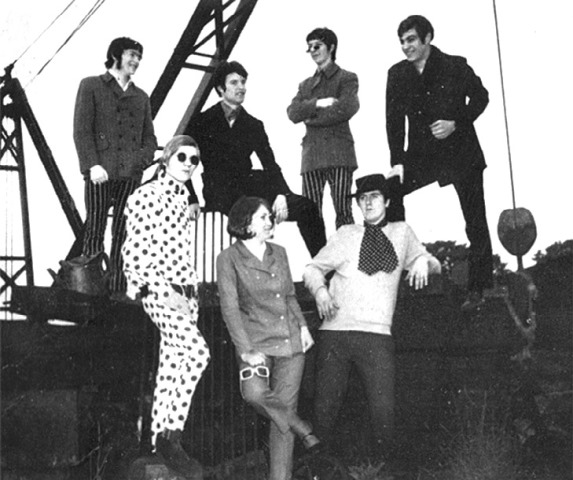 The first songs on I think I’m getting weird are the five (of the 122) of 1966: “Spicks and Specks” by the Bee Gees, the very obscure “In the Park” by Cortinas (unpublished at the time), the demo of “Children of the Sun” by the Moody Blues version of “How do we hold on to a dream?” And the “Happenings ten years ago” compiled endlessly by the Yardbirds. Wimple Winch’s “Rumble on Mersey Square South” was released in January 1967 and must therefore be a 1966 recording. Among these, “Rumble on Mersey Square South” is the apotheosis of the freakbeat, the marvelous “Spicks and Specks The Beatles responds as the Incomprehensible and the Yardbirds set the stage for complete freakdom.

Essentially, each set – neither is chronologically sequenced, so stylistic waves are hard to detect – captures an unfiltered outpouring. Unknown and unpublished cuts pepper the two. Place the known alongside the never-weres nails the unpredictability of the times. It’s amazing to hear London underground band 117 for the first time. As always with these things, there are no Beatles, Pink Floyd and Rolling Stones. No cream either. Or the Jimi Hendrix experience (if The Misunderstood matters, too). Everyone is a great listener, and I think I’m getting weird only starts to run out of steam on disc five where The Zany Woodruff Operation’s (photo above right) of “Tales of Brave Ulysses” cannot replace Cream’s original.

The two ensembles achieve what they set out to do by creating a sound snapshot of British pop at the points covered (although 1966 is little represented on I think I’m getting weird). But pioneers and thugs who operate on their own agenda rather than grafting on vogue are harder to spot. As in December 1965.