It will be a family affair when the Whitmore Sisters open for the Mastersons on March 21 at City Winery (990 Filbert Street, Philadelphia, citywinery.com/philadelphia).

The Whitmore Sisters — Eleanor and Bonnie Whitmore — are two of roots music’s most accomplished songwriters/instrumentalists/vocalists.

The Mastersons are singer-songwriters/multi-instrumentalists Chris Masterson and Eleanor Whitmore. In addition to making albums on their own, they are also longtime members of Steve Earle’s band, the Dukes.

Recently, the sisters got together and released an album of music they made together. Their debut LP, “Ghost Stories”, was released on January 21, 2022 on Red House Records.

The album is mostly originals with two covers – “Big Heart Sick Mind”, a song by their friend, and “On the Wings of a Nightingale”, which was written by Paul McCartney for The Everly Brothers. It was produced by Chris Masterson.

“It’s our first attempt to make our own album together,” Eleanor said in a phone interview last week.

“We played a lot together. And Bonnie has played on The Mastersons albums.

Bonnie said: “In a way, the pandemic helped get this thing off the ground. It gave us time. We started writing together on Zoom.

On the band’s website, Bonnie wrote: “We’ve had a lot of loss, a few ex-boyfriends who died and a lot of friends who died – and in writing about grief, especially working on this record, it there was a lot to consider.

For the sisters, making the album was a cathartic experience rather than a sad one.

“We were writing about friends we had left behind,” Eleanor said. “We had a lot of losses. We have always approached songwriting as a form of therapy.

“Getting through the pandemic has been a time we have all been through. We’ve lost a lot of heroes – a lot of people we cherish.

Bonnie, who lives in Austin, Texas, added, “Songwriting is a way to celebrate the people we’ve lost.”

“The initial inspiration for the album was too narrow. It had to be made more universal. We don’t wonder where the inspiration comes from. We’re just glad it’s coming.

With the Whitmore sisters, who are five and a half years apart, music is also a family affair. It’s in their DNA.

“Our mother was classically trained,” Bonnie said. “She’s an opera singer. We have listened to opera from the womb.

“Our father was a folk singer. We were much more popular music lovers.

“The music has always been there. We didn’t have much choice. »

Local music fans who like to listen to acts with great female vocal harmonies are really in luck this week. 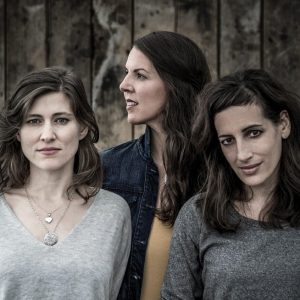 The group was founded in 2002, when a Winnipeg guitar shop called Sled Dog Music brought together Moody, Mehta and Luft for a joint performance.

“We were all writing and performing as solo artists in the Winnipeg folk scene,” Mehta said in a phone interview Wednesday from his home in the Manitoba capital. “There, we did a show together at Sled Dog Music.”

The show was well received, and owner John Sharples scheduled a follow-up performance and suggested they go on tour.

“We created a self-titled EP to sell at the merchandising table,” Mehta said. “We released our first album, ’40 Days’ in 2004. It was well received.

“The album won the 2005 Juno Award for Roots & Traditional Album of the Year. We were pretty much engaged at that point. We worked a lot. It kind of grew steadily from there.

The trio’s second album, “Firecracker”, in 2006 was a solid follow-up. The LP was nominated for a Juno Award and won a 2007 Folk Alliance Award for Contemporary Release of the Year. The album spent over a year on the Billboard charts.

The Wailin’ Jenny’s third album took them to Pennsylvania where they recorded a live show. “Live at the Mauch Chunk Opera House” was released in 2009.

The pattern of releasing an album every two or three years continued until their fourth album – “Bright Morning Stars”, released in 2011. Jenny’s fifth and final album – “Fifteen” – broke the diagram. It came out six and a half years after Juno Award-winning Bright Morning Stars.

“There was a six-year gap between the albums because of the kids,” Mehta said. “A lot of children came. Additionally, Heather is American and has lived in Maine and New Mexico. And Ruth moved a lot.

“We toured all over Canada except Newfoundland, and then we started moving to the United States and Australia. Once we had kids, we focused on the states.

“Our music hasn’t changed much over the years. We kept things pretty consistent. We’ve always had a lot of influences – a wide range of influences.