All over the United States, renting a single family home is getting more and more expensive month by month. According to the latest CoreLogic Single-Family Home Rental Index report released on Tuesday, rental prices rose 6.6% in May compared to the same period last year.

Prices rose to the highest level since January 2005, fueled by a lack of stocks available on the market against a backdrop of high demand and rising prices. Considering that rental prices last year rose 1.7 percent, the 6.6 percent growth is huge.

According to a report by the United States Census Bureau, 94.5% of single-family rentals nationwide are currently occupied, up from 93.7% last year.

“Single-family home rents have risen nearly four times the rate a year earlier in May 2021,” Molly Boesel, senior economist at CoreLogic, said in a prepared statement. “Strong employment and income growth, as well as fierce competition for homes for sale, are fueling demand for single-family rentals. Going forward, these market forces are expected to remain for much of the year and keep rent increases high, especially in urban areas and tech hubs as more people return to work in person. “ 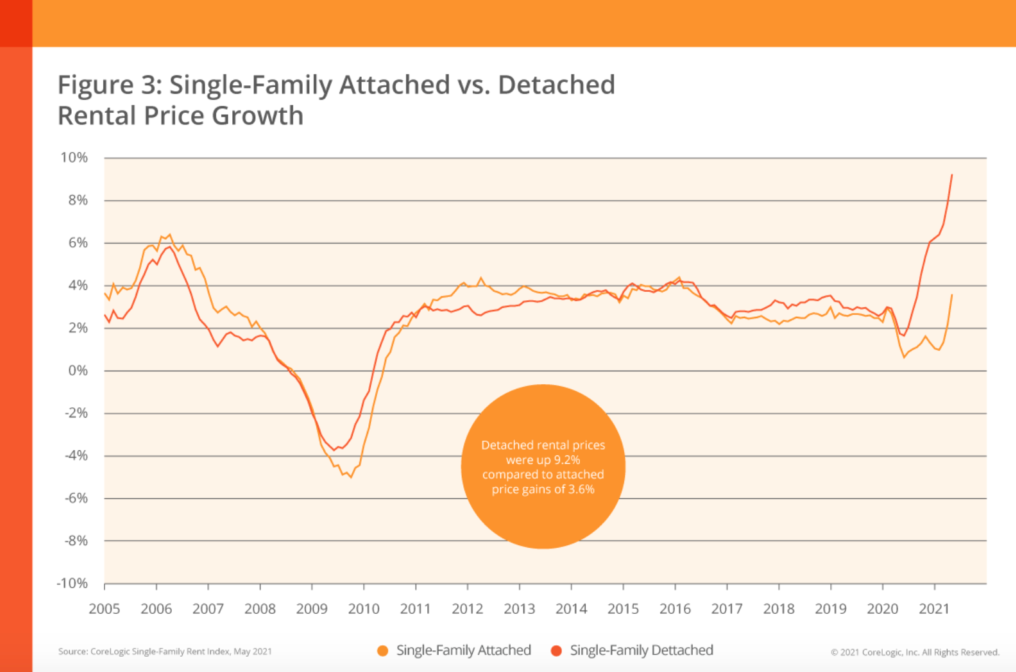 Phoenix, which has seen a trio of monumental home value, labor market and population growth throughout the pandemic, again recorded the highest rent increases at 14%. Tucson, Arizona and Las Vegas followed closely behind at 11.1 and 10.7% respectively.

Boston, where the rental market was hit significantly after the shift from higher education to distance learning amid the pandemic, saw the biggest drop in rental prices of any U.S. city for the 11th. consecutive month now. In May, rental prices in Boston fell 4.5%, while prices in Chicago were also down, but down 2.1%.